A WAITRESS has won nearly £20,000 after being harshly dismissed by her employer while on maternity leave.

‘Distraught’ Kirsty Blyth said she visited the restaurant she worked at in Coatbridge, near Glasgow, while on maternity leave and said she was ‘thrown out of the store with my nine week old in my arms.

In a bid to seek justice, the 26-year-old mother took legal action against the restaurant – and was soon offered her job.

But Miss Blyth was again discriminated against because her boss refused to let the house waitress return to work at the end of her maternity leave.

Miss Blyth, who is battling PTSD, has told how her mental health plummeted as she found herself out of work and struggling to pay her bills and support her baby girl. 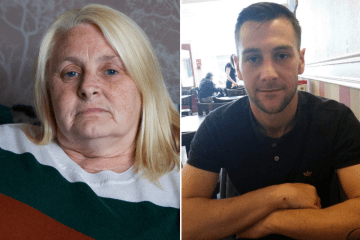 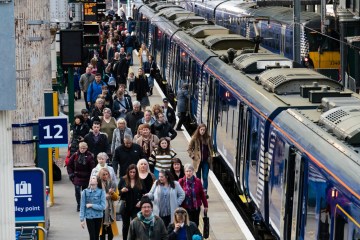 She has won claims of discrimination on grounds of motherhood and pregnancy, disability discrimination and victimization in Glasgow Employment Tribunal.

It was understood Miss Blyth started working at the chicken restaurant in April 2019 and worked hours around her mental health counseling sessions and childcare.

However, there were “groans and groans” about her needing to take advice.

In November 2020, Miss Blyth visited the restaurant with her baby as her colleagues loved seeing the baby.

Most read in The Scottish Sun

However, she received a letter from BR Fast Foods manager Matthew Campbell, who had recently taken over the business, telling her they would not pay her maternity pay due to ‘the impact of Covid’ and she was told said she had been fired.

Miss Blyth said: “[I was] distraught [and] was thrown out of the store with my nine week old baby in my arms.”

She said it was ’embarrassing as it was done in front of staff members and customers’.

Miss Blyth launched legal action against BR Fast Foods but called it off when Mr Campbell told her she had her job back.

However, she was never allowed to return to work after her maternity leave ended in July 2021 and has not worked there since.

She told the court: “[I was] in limbo and without money or work, my mental health has deteriorated, I can’t support my daughter and I can’t pay my bills.

“I am honestly exhausted and appalled by my treatment.

“I cried because I never took a vacation when I worked for them, I always made myself available, always traded to suit someone else, and that’s how I’m treated afterwards. having had my child.

“I don’t want another pregnant woman or mom in my place.

“I couldn’t take advantage of my maternity leave because of the stress, especially since I was ‘fired’ before Christmas, [which] was my daughter’s first and was soiled.

It also had a big impact on her relationship with her partner.

Miss Blyth added: “We almost broke up because of that and how I got extremely angry and stressed all the time.

“I just feel like a complete failure to my daughter and my partner and worthless to myself.”

“I have no doubt after hearing her testimony that she felt and still feels hurt by the restaurant’s treatment of her.

“I was impressed by her tenacity and persistence in pursuing her claim, despite all the surrounding circumstances, entering into a legal proceeding unknown to her, [the restaurant] not participating, as well as the pressures of normal home and family life, including his own PTSD.”

An upcoming payment for university hospitals