The Jagger Library at the University of Cape Town, ravaged by a fire that broke out on April 18, 2021, is being “reinvented”, but the funds needed to rebuild the library, in whatever form, have not yet been obtained.

The Jagger Library was arguably one of the most important institutions in the country. Its loss is one of the worst heritage disasters in recent African history.

An extensive process of public participation and “imagination” is underway, but the building’s insurance has not been paid pending legal action between the respective insurers of the University of Cape Town (UCT ), South African National Parks (SANParks) and the city. of Cape Town.

The Jagger Library Building housed UCT’s Special Collections, including one of the world’s most extensive collections of African books and films, and valuable archival collections documenting key elements of the history of Africa. Southern Africa.

Sixteen months after the fire, things are moving slowly. With the exception of a temporary roof installed in August last year, which took two months to complete, the Jagger building was untouched.

UCT’s insurers have urged the university to take SANParks to court over an expired contract between SANParks and a contractor that was supposed to deploy helicopters to put out the fire. This legal action is ongoing.

UCT spokesperson Elijah Moholala told GroundUp that although the action is being brought on behalf of UCT, the legal action is primarily against UCT’s respective insurers, Cape Town and SAN Parks.

Moholala said he could not release any further information about the legal action, insurance claims or fire investigations, but referred GroundUp to a fire report by SAN Parks. In this report, Table Mountain National Park says the helicopter contractors responded appropriately and on time. 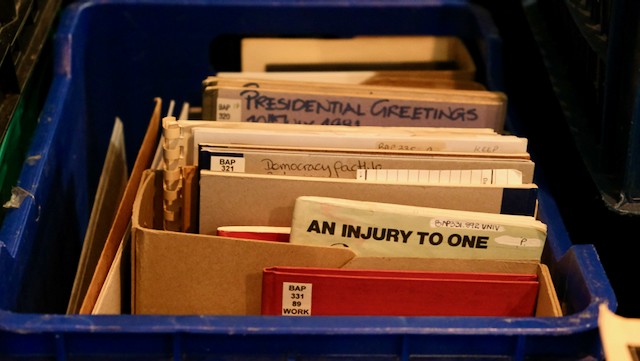 Among the archives are pamphlets from political and non-profit organisations, documenting key moments in South African history. Photo: Daniel Steyn

Among the archives are pamphlets from political and non-profit organisations, documenting key moments in South African history. Photo: Daniel Steyn

UCT Libraries Executive Director Ujala Satgoor said the construction of the new Jagger Library will require significant funding, which is dependent on insurance being paid and additional funds raised by UCT.

In the meantime, various people at CPU are using the time to design the future of the Jagger library. Prior to the fire, a process was initiated to develop a library master plan. Satgoor says the Jagger fire presented an opportunity to broaden the horizon for this project.

Around the world, the traditional concept of a library is changing rapidly, says Satgoor. Libraries are redefined with a focus on “intellectual experiences”. Future libraries will be more open and innovative spaces, conducive to learning in a variety of ways.

While the collection and storage of books and paper documents will always be an important function of a library, says Satgoor, she envisions a future library complex at UCT that contains a “balance and blend of spaces”. , offering a range of different services and experiences .

However, some members of the UCT community want the building restored to its original condition. This could potentially be a simpler process, especially when it comes to dealing with heritage authorities. The Jagger Library is a provincial heritage site.

But the debate is also political. In 2012, the Reading Room was restored to its original condition, with additions built in the 1960s and 1970s. But UCT has changed since then. “We all know that Fees Must Fall shook the foundations of higher education as we know it,” says Satgoor.

She says new questions have emerged about how to make education and learning more inclusive for young people from diverse backgrounds. What to do with the Jagger Library is linked to UCT’s ongoing redefinition as a contemporary African university.

UCT landscape architect and heritage practitioner David Gibbs says a reimagined Jagger Library is compatible with a cultural view of heritage as always in motion and evolving.

Political and practical considerations are under consideration. A name change is on the cards and debates over how to reclaim UCT’s colonial architecture are ongoing.

Meanwhile, Gibbs says there is also an opportunity to improve the flow and aesthetics of the plaza space around Jagger. The building itself is not ideal for storing sensitive archival materials, he says, so the future use of the library is also in question. 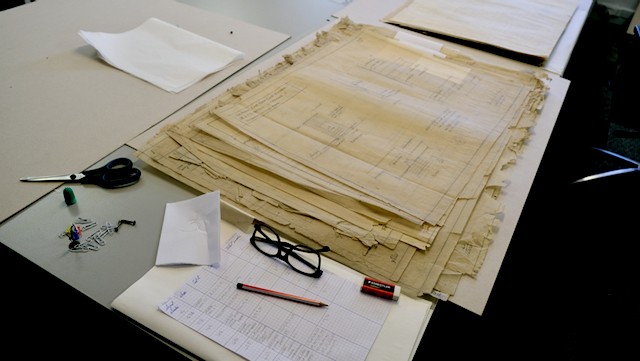 The UCT Futures ThinkTank, established in 2018 by Vice-Chancellor Mamokgethi Phakeng, has just concluded a “think tank” process to help conceptualize the future of the Jagger Library.

“Normally when processes like this happened at UCT they were insular and behind closed doors. The idea was to open up the process to a wider community,” says Dr. Heeten Baghat, Project Manager for the Jagger Library Engagement Process.

Baghat has facilitated workshops with UCT staff and students, pupils and members of the public. These workshops, he says, have generated some interesting insights into people’s aspirations for the Jagger Library.

Baghat says some of the consultations were more effective than others, but overall it was a positive process.

“It taught us a lot about what’s possible and who’s interested, and we learned valuable lessons about when something like this happens next,” he says.

Satgoor says she’s excited to see what comes out of the ThinkTank’s imaginative process, as it could also inform the broader libraries’ blueprint.